Pathiramanal is an amazing tourist spot located in the border of Alappuzha district in Kerala, India. It is a small island of 28.505 hectares situated in Vembanad Lake. The name Pathiramanal is derived from the combination of two Malayalam words ‘rathriyile manal’ which literally means ‘Sands of night’. The scenic beauty of both sides of the lake as well as that of the island is mind blowing. Pathiramanal is also a home to many rare varieties of migratory birds from different parts of the world. Pathiramanal is 1.5 km away from Muhamma boat jetty and about 13 km away from Alappuzha. If your journey is in a speedboat, it will take only about half an hour to arrive at Pathiramanal. 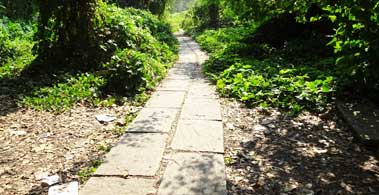 The beautiful island was possessed and hand over by many people throughout its history. According to the recorded information, in the seventeen’s it was purchased by Chevalier ACM Anthraper, from Ms. Bheemji Devji Trust of Cochin and was under the private ownership until the late seventies. In 1979 after Land Reforms Acts were enforced in the State, the property came under government ownership. The island was returned to the government as a surplus land that crossed the land ceiling. It was later transferred to the Tourism Department. Still there are many tourism organizations which try to get the island for lease from the government and the idea of leasing it out to private enterprises was under consideration. The island at present is uninhabited.