Kuttanad - The Rice Bowl of Kerala 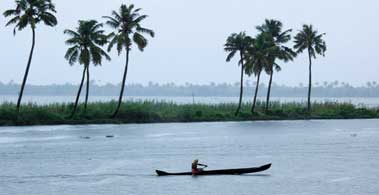 the main source of the famous ‘boiled rice’ of the state. As a tourist destination, it holds some geographical peculiarities. It is a vast area of partly reclaimed land, covered with the bright green paddy fields, separated by dykes. The unique feature about paddy cultivation in Kuttanad is that the level of water is a few feet higher than the level of the surrounding land. It's the area with the lowest altitude in India, and one of the few places in the world where farming is carried out below sea level. The place is an amazing labyrinth of shimmering waterways composed of lakes, canals, rivers and rivulets. Lined with dense tropical greenery, it offers a glimpse into the rural life-styles of Kerala. Kuttanad is a backwater paradise and an ideal destination for a backwater cruise in 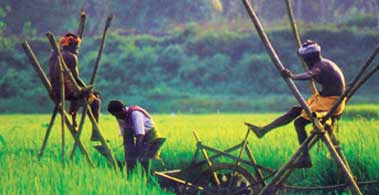 Kerala. It is possible to drift along in a houseboat and enjoy the scenic view of the Kerala countryside.

With the Kuttanad region and the Vembanad Kayal nearby, Alappuzha attracts tourists throughout the year. The criss-crossing canals in the area evoke comparisons with Venice, but the differences are also substantial. Each has an identity of its own. Amongst the notable sights is the palm-covered Pathiramanal Island in Vembanad Kayal, which can be accessed through an hour’s cruise by boat from Alappuzha. The district is famous for its snake boat races and also houses a number of historic colonial buildings and a beach.

The major occupation in Kuttanad is farming, rice being the staple crop. 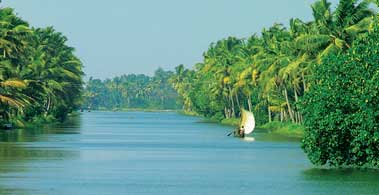 More than two crops are grown alternately each year.

Large farming areas near the Vembanad Lake were actually reclaimed from the lake. Following the Land Reclamation Act which decreed that whoever reclaims land from water can own it, many enterprising farmers took up the challenge leading to massive redemption of land from the lake.

As the farming in the area increased, farmers felt themselves constrained by the two cycles a year for rice cultivation owing to the limited availability of potable water in Kuttanad. During the monsoon seasons, the water from the mountains flow through the rivers to the sea, bringing potable water to Kuttanad. But during summer, due to the low level of the region, seawater enters Kuttanad and makes the salt content of the water high making it unpotable.

There is no recorded history on the origin of this land. But the oral history among local people, transferred from generation to generation, is a blend of myths and legends. There is reference to Kuttanad in the epic Mahabharata of ancient India. During their exile, the five Pandava princes are said to have travelled through this land. In those days, Kuttanad was part of a dense forest, late 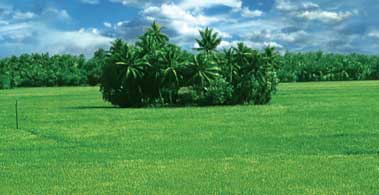 r destroyed by a forest fire which is also mentioned in the epic. Thus came the place name Chuttanad or the burnt place. In course of time Chuttanad became Kuttanad. Reportedly one can still see kari or coal if we dig deep into the soil of Kuttanad, pointing to the fact that the place was once a forest, destroyed by wild fire. In Kuttanad most of the local place names end in ‘kari’, some familiar ones being Ramankary, Oorukkary, Mitrakkary, Mampuzhakkary, Kainakari and Chennamkari.

Kuttanad is known for its contributions to the field of Malayalam literature and cinema besides the classical dance-drama of Kathakali. Jnanpith-winning novelist, Thakazhi Sivasankara Pillai, hailed from Kuttanad, so is late Malayalam poet Dr K. Ayyappa Panikkar. Scholar-folklorist Kavalam Narayana Panikkar and his musician son Kavalam Sreekumar are natives of this place, so was late filmmaker John Abraham. Renowned film actor Nedumudi Venu too hails from 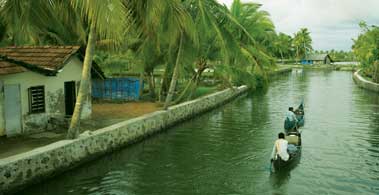 this belt. Another famous film personality hailing from Kuttanad is filmmaker Vinayan.